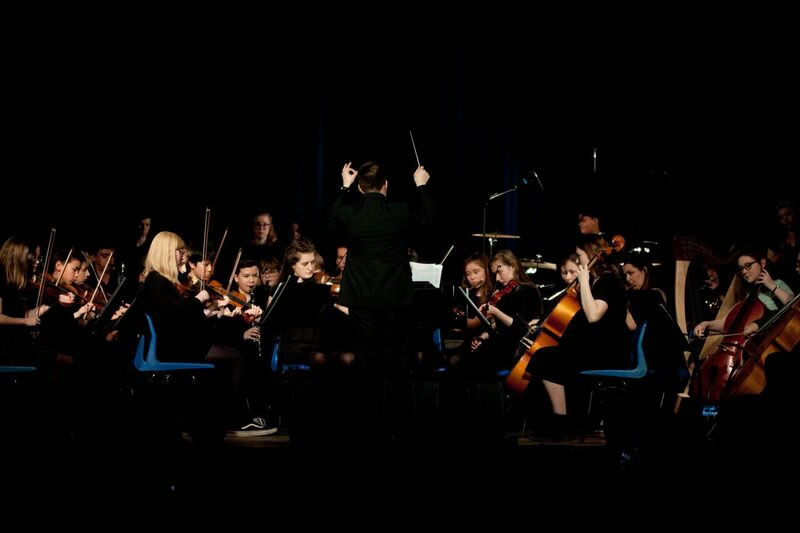 Introducing the George Abbot Christmas Concert 2018, Head of Music Mr Hartley described how, since joining the school, he had been amazed and overwhelmed by its wealth of musical talent. As the concert unfolded, featuring musicianship of the highest standard, it was impossible to disagree.

The programme this year was rich and varied, from the wistful beauty of the School Orchestra playing Tchaikovsky’s Swan Lake to the energy of the George Abbot Big Band and the sheer charisma of the Male Chorus. Many solo performers graced the stage, singing with verve and passion. Other highlights included a barbershop quartet, The 4 Hats, in an inspired rendition of ‘For the Longest Time’; the raw power of the Only Louder Show Choir and Band; and the wonderful African Drumming Group, with Christmas ConunDRUM.

It was a night of highlights, too many to list in full. One hundred and thirty-nine people took part, including 47 students performing for the first time in one of the school’s major concerts.

Huge thanks must go to everyone involved, including the George Abbot Music Leaders, technical team, Music Department and, of course, the two lively compères. Following hot on the heels of the excellent Sixth Form Concert, the evening underlined the extent to which music at George Abbot is thriving.

Due to the school closure, limited staff are available. If you have any urgent queries, please email office@georgeabbot.surrey.sch.uk.